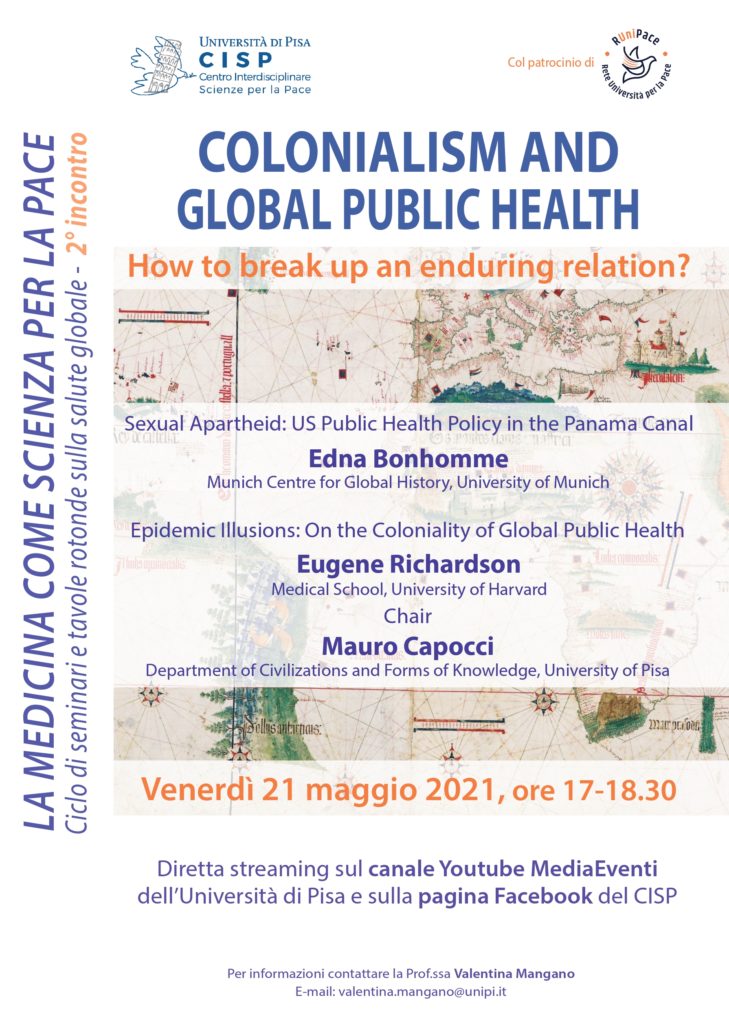 Edna Bonhomme is a historian of science and writer and is currently a research fellow at the Munich Centre for Global History at Ludwig-Maximilians-Universität München. She earned her PhD in the history of science from Princeton University and a Master of Public Health from Columbia University. Her practices trouble how people perceive modern plagues and how they try to escape from them. As a researcher, she answers this question by using textual archives and oral histories to unpack the variant notions of sickness and health as well as the modalities of care that shape the possibility for repair.  She has written for Aljazeera,  The Guardian, The Nation,  The New Republic, ISIS History of Science Journal, and the Journal for North African Studies. She is currently finishing up her manuscript, “Tending to the Wounds” which explores the global history of restitution and reparations and conducting research on her second book, “Captive Contagions” which uncovers the role that captivity has played during epidemics.

“Sexual Apartheid: US Public Health Policy  in the Panama Canal”
In 1942, the United States and Panama established a cooperative venereal disease control program, initially set up as a system of registration and health surveillance for sex workers. This system openly tolerated American soldiers’ purchase of sex in Panamanian cities yet arrested and quarantined Panamanian women who were perceived to be sex workers. The measures taken not only included the strict supervision and closure of many brothels, but eventually the direct control and incarceration of women who were outside at night, regardless of the actual business that they were trying to tend to. In effect, these public health programs to control venereal disease were an outgrowth of institutions that maintained race- and class-stratified regions within the Panama Canal Zone and a one-sided approach to containment. Among the US military produced, anti-venereal media such as Sex Hygiene (1942) and Know for Sure (1941) produced during the war as a fulcrum for behavioral change and disease prevention. The colonial friction produced an open battle between the US military and Panamanians—centered on sexual apartheid, sex education, and the deployment of carceral quarantine.

Eugene Richardson is a physician-anthropologist and an Assistant Professor of Global Health and Social Medicine at Harvard Medical School. He previously served as the clinical lead for Partners In Health’s Ebola response in Kono District, Sierra Leone, where he continues to conduct research on the social epidemiology of Ebola virus disease and COVID-19. He also worked as a clinical case management consultant for the WHO’s Ebola riposte in Beni, Democratic Republic of the Congo. More recently, he was seconded to the Africa CDC to join their COVID-19 response. His overall focus is on biosocial approaches to epidemic disease prevention, containment, and treatment in sub-Saharan Africa. As part of this effort, he is chair of the Lancet Commission on Reparations and Redistributive Justice.

“Epidemic Illusions: On the Coloniality of Global Public Health”
In his recent book “Epidemic Illusions” (MIT Press 2020), Eugene Richardson contends that public health practices – from epidemiological modeling and outbreak containment to Big Data and causal inference – play an essential role in perpetuating a range of global inequities. Drawing on postcolonial theory, medical anthropology, and critical science studies, Richardson demonstrates the ways in which the flagship discipline of epidemiology has been shaped by the colonial, racist, and patriarchal system that had its inception in 1492. Richardson describes how epidemiology uses models of disease causation that serve protected affluence (the possessing classes) by setting epistemic limits to the understanding of why some groups live sicker lives than others—limits that sustain predatory accumulation rather than challenge it. Drawing on his clinical work in a variety of epidemics, including Ebola in West Africa and the Democratic Republic of Congo, leishmania in the Sudan, HIV/TB in southern Africa, diphtheria in Bangladesh, and SARS-CoV-2 in the United States, he concludes that the biggest epidemic we currently face is an epidemic of illusions—one that is propagated by the coloniality of knowledge production.

This website uses cookies to improve your experience while you navigate through the website. Out of these, the cookies that are categorized as necessary are stored on your browser as they are essential for the working of basic functionalities of the website. We also use third-party cookies that help us analyze and understand how you use this website. These cookies will be stored in your browser only with your consent. You also have the option to opt-out of these cookies. But opting out of some of these cookies may affect your browsing experience.
Necessary Sempre abilitato
Necessary cookies are absolutely essential for the website to function properly. This category only includes cookies that ensures basic functionalities and security features of the website. These cookies do not store any personal information.
Non-necessary
Any cookies that may not be particularly necessary for the website to function and is used specifically to collect user personal data via analytics, ads, other embedded contents are termed as non-necessary cookies. It is mandatory to procure user consent prior to running these cookies on your website.
ACCETTA E SALVA